Spooky Sounds and How to Reduce Them

Why do horses spook?

Often a horse's natural reaction to something that it doesn't understand is to spook or shy. A spook is usually a startled jump sideways, or a quick change of direction with the intention to flee. In the wild, this quick reaction is a response that would allow a horse to flee a predator very quickly.

Anything and everything! Even their own shadow can make them spook. It completely depends on the horse.

What time of year are horses most spooky?

It’s generally accepted that horses are spookier in the autumn and winter. When they’ve had the sun on their backs and suddenly the weather changes, they have a certain edge to them which hasn’t been there all summer.

What can I do to reduce the loudness of the noise?

It's almost impossible to avoid every spook but there are some measures that you can take to reduce the number of times your horse spooks at loud or sudden noises or how badly he reacts to these.

Whilst it’s not as if your horse is likely to be snuggled up in a stable with a snoring companion or spending time at a loud rock concert, horse ear plugs definitely have a use, especially for a spooky horse who doesn’t like loud or sudden noises. Even heavy rain on the roof of the indoor school or the bigger competitions where the noise is much louder, can cause an extreme and unpredictable reaction. Ear plugs can muffle the noise and keep your horse from his natural “flight” instinct. Ear bonnets are a great way to improve your horse’s concentration and focused on the job at hand. Whether you’re schooling at home, or at a competition, these are able to soften sounds and help improve performance. Another option is to feed a supplement that helps with spookiness. These are called Calming and Behaviour Supplements (calmers) and are fed to horses to calm and relax them before they’re ridden. But do horse calmers really work? The short answer is yes.

There's not an enormous amount of research into the subject of horse calmers. However, the studies that have been conducted indicate that calming supplements do have a beneficial effect on horse’s temperaments.

Calming supplements can feature a variety of ingredients but many include magnesium. Magnesium reduces the release of the brain hormone dopamine, which is linked to hyperactivity.

The range is vast. So what should you look out for?

Supplements that contain magnesium: In 2007 Myerscough College conducted research into magnesium and calming supplements by studying their effects on police horses. These horses often face extremely stressful situations including heavy traffic and unruly crowds but it is vital that they remain calm. The study looked at two groups of horses. One group received an active supplement, the other group received a placebo. Researchers monitored the horses' heart rates while exposing them to stress. It was clear that the group receiving the calming supplements containing magnesium had lower heart rates under stress than those receiving the placebo.

Supplements that contain Valerian: Valerian features in many natural remedies for humans. This is a medicinal herb often used in products formulated to address sleeping disorders and anxiety. Valerian appears to act as a sedative but there is limited scientific research into this herb. 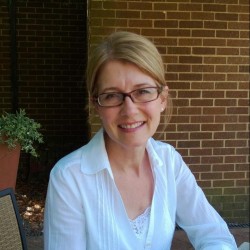 How to keep a horse warm in winter

How to lunge a horse

Training Aids for your Horse

What makes you and your horse most visible when hacking out in poor light?

All about Horseware Vari-Layer Rug Technology

Hi-Viz: Don't be left in the Dark

Brilliant Base Layers for autumn 2019

What are the best Hi Viz jackets for autumn?