Free delivery on orders Over £20

As soon as the yellow flowers of rape start to appear, some horse owners start to dread the prospect of the impending spring and summer as horses, like many people, suffer from a pollen allergy, or hay fever as it is more commonly known.

What is a pollen allergy?

As its name suggests, it's an allergy caused by pollen or dust in which the mucous membranes of the eyes and nose are inflamed, causing running at the nose and watery eyes. Hay fever is simply an allergic reaction to the pollen.

Pollen is released into the air from grass, plants, and trees by the billions during the spring and summer months. Pollen particles are intended to fertilise other plants.

Why do horses get a pollen allergy?

Although it's somewhat different, horses are able to contract hay fever-like symptoms during the same seasons as their owners.

A horse’s nasal cavity is structured in such a way to prevent anything from entering it by acting as an air filter. There are long hairs in the nose that will trap any particles coming in through the airway. However, as there is an abundance of pollen in the spring and summer, these can build up and cause problems for susceptible horses. Just like humans, the pollen triggers an allergic reaction, which can lead to blood vessels dilating and then inflammation.

Pollen allergies, or rather hay fever, are very common in horses, more often seen in young and old ones. Unlike humans, horses that are allergic to pollen will often show symptoms that are more similar to that of flu – not like the symptoms we get that are more related to the sinus and nasal areas.

In most cases, the horse’s lungs will become inflamed which can make them more susceptible to viral and bacterial infections. Other common symptoms include:

Psychological symptoms include lack of concentration and possibly behavioural problems.

When it comes to prevention, you may be able to determine which type of pollen affects your horse. Some pollen comes out stronger at different times of the year, making it easier to attribute it as the cause of the problem, thus allowing you to avoid that pollen as much as possible.

On days where the pollen count is extreme, consider not taking your horse out, or avoid going near the offending pollen.

It may also be a good idea to stable your horse during the day and turn them out at night to avoid any increased exposure.

Other ways to manage this respiratory problem are using items such as pollen nets or face masks to help ease the coughing, head shaking and nose itching.

For schooling outside and hacking there are two options:

* A nose net is one of the most effective products in controlling the symptoms of head-shaking:

* Attaches easily to a nose band

* Doesn’t interfere with the horse’s breathing

* Permitted by British Dressage and British Eventing for use in competition For turn out, if it’s your horse's eyes as well as nose that the pollen is affecting, a full-length fly mask may be a better option. Look out for designs that cover the whole of the muzzle, such as this great value one - the Shires Field Durable Fly Mask with Ears and Nose. Note how well the whole muzzle is well covered. Shop all fly masks for turn out with nose protection.

Herbs are a great addition to feed as it’s thought to help expel mucus and cleanse the lungs. If your horses breathing is laboured as an effect of pollen allergies, feeding a supplement high in Vitamin E and Vitamin C has been shown to be effective in reducing the severity of respiratory symptoms. Shop all supplements for respiratory problems. 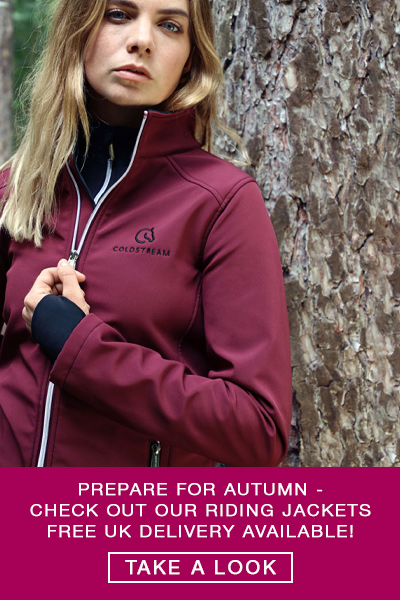 Ditch the Itch before it starts