Born on 10th June 1921, Prince Philip, Duke of Edinburgh, sadly passed away on 9th April 2021, at the age of 99. You may already know that the Prince was both the longest-serving, eldest spouse of a reigning British monarch and the oldest male member of the British Royal Family... but did you know that he was equally as keen on equestrianism as the Queen and his famous granddaughter Zara Phillips? We thought it important therefore to mark his passing with some interesting facts about his life with horses.

A keen sportsman - on and off the field

The Prince was a keen sportsman and played polo until 1971. His love for the game dated back to his service in the Royal Navy in the late 1940s. The Prince later went on to form the Household Brigade Polo Club in 1955.

The Prince’s love of equestrian sports that are visually entertaining and develop teamwork was exemplified in his development of the Pony Club Mounted Games and its trophy, The Prince Philip Cup. Introduced in 1957, the Prince persuaded the Horse of the Year Show (HOYS) director, Colonel Sir Mike Ansell, to introduce this competition based on Cavalry techniques. Every year, the Prince presented his cup to the winning team at HOYS.

A love of carriage driving

Prince Philip was probably best known for his love of carriage driving and he played a critical role in its development. In his book, 30 Years On and Off The Box Seat, the Prince described how he became hooked on the sport after being asked to compile its rules. He borrowed five Cleveland Bays from the Royal Mews, a few harnesses and an old wooden carriage. Early setbacks included trying to persuade a team of town-loving horses to cross water.

Sugar lumps did the trick and the Prince never looked back! In fact, he went on to represent Great Britain in three European Championships and six World Championships.

Take a look at some pictures of Prince Philip carriage driving.

Find out more about the Horse of the Year Show.

Did you find this article interesting? 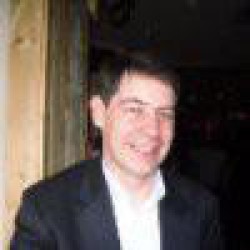